Ipswich-based rock band War Waves will release tomorrow its second album “All That We Lack” (check out the interview we had with them a couple of weeks ago). This record is powerful, raw, intense, dark but tinted with hope. The band has this intensity and the pure passion of Augustines while having the talent to explore darker themes with just the right balance like Frightened Rabbits. The 90s influenced guitar riffs in this record might make you feel a tad nostalgic about some other time in music. Anyway, no matter what some people can say about the state of music today, there are still great bands making great songs. War Waves is definitely one of those bands.

This record is a blast to listen to. Marc’s voice and the arrangements sound amazing. And the lyrics are the kind you scribble down on your notepad to remember them. No matter how dark some of them are, the band manages to show, with their arrangements, that there’s more than that. “Spine” is the perfect opening track. It builds slowly in intensity but you can already hear all the elements that make the album a great one. It is full of passion. It is bold to start the album with a stripped- back song. It is a bold move and a success.

You also get to hear, at times, Marc Newby’s raspy vocals that just add an even more vulnerable side to the song. “Jean Season” is faster paced and has some of the best guitar hooks of the record (-> minute 2:40). It is a head banging song, just like “Horses”. “Horses” sounds upbeat. However, if you listen to the lyrics carefully, they are about not being/feeling good enough and about a failed relationship. The combination of fast paced arrangements and lyrics makes it an anthemic breakup song. “Stickwrist” and “One” are also some of the highlights of this record. The backing vocals of “Stickwrist” are just beautiful. And the lyrics of both songs just stick with you. “Bedding” is one of my favourite melodically. The last track “Let Us All In” is like fireworks. A huge song to finish an album that sounds huge.

“All That We Lack” is definitely a grower. You can listen to it over and over and it will still manage to catch you by surprise with a riff or some brilliant lyrics you hadn’t quite noticed yet. This happened to me with the song “Our Parade”. The songwriting is raw and intense. War Waves is really coming into its own in this second album. The band shows confidence, vulnerability and unbridled passion. The guys push all the right limits. The songs just resonate with you. They are dark but never feel hopeless. And that is what makes “All That We Lack” an incredible rock album.

Support their music on Bandcamp. 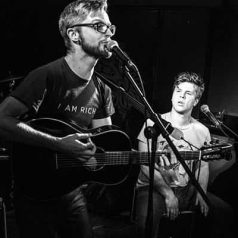 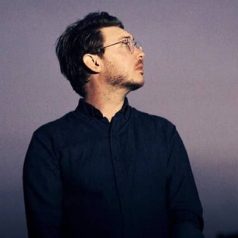 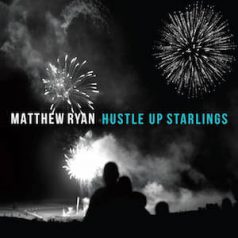