The first song I heard from Faint Peter was Ontario. I was directly pulled in by his voice, and the general atmosphere of the song. Faint Peter is singer-songwriter and multi-instrumentalist Joseph De Natale’s indie-folk project. ‘Redoubt’ is his debut album. It is folk music, but with a twist (a cinematic one…).

Don’t let the beginning of the songs fool you. Most of the time, each track is going to blossom into a much more complex and intense offering. It is an ambitious, bold and delicate record. I don’t know whether it is Joseph’s voice (which sounds limitless and unworldly), or the magical arrangements (like in his song ‘The Cure’), but I am simply in awe with this album. And you will be too!

It is a wonderful short opener, like a taster of what you’re going to get with the rest of the album. My favourite part is the last 20 seconds, with the almost overwhelmingly gorgeous harmonies and instrumentals.

It is a perfect example of what I was writing earlier. To me, it is almost as if this song was cut in two halves. From the second minute onward, it just goes in a totally unexpected direction. The whole song structure is elastic. My favourite part starts at 2min09, when he sings “up from the bottom up” softly with an increasing intensity. This track is definitely a grower.

It is a gorgeous melancholic love song. The song intro is probably one of my favourite of the album. The high notes just add up to the general feeling of this track. At times, the different colours that his voice can take make me think of Jeff Buckley’s voice. Jeff Buckley, with his vocals, had this freedom and, at the same time, this incredible technique (which makes it almost impossible to cover him). It always sounded like his voice was part of the arrangements, completing them. I feel the same about Joseph’s voice in this record.

This song has amazing arrangements (once again blossoming into something else). Another highlight of that track is its lyrics:

A forced and feeble man,

Living in the shadows of a half-born plan.

Mourning like a widow that last great stand of his.

And if that ain’t a way to die

then I don’t know what is.

This is probably the track I love the most in this record. The guitar sounds stunning. And, once again, I cannot help but admire the production. The melody is beautiful, and simply addictive (one of the best of the album). The lyrics, poetic and melancholic, make this song even more magical.

This song is majestic. The melody, I have to say, made me quite emotional. The last minute took me somewhere else, really far away.

I love Joseph’s voice in this song. He uses mostly his lower register, which I find very effective. You can feel the intensity (frustration) in this voice. This song tells the story of a breakup, full of anger, frustration and longing. It is more acoustic than other tracks, and the story telling element is more present. It made me think, at times, about the amazing Gregory Alan Isakov. Another very strong track!

The reverb effect to his voice is sublime. You take a small trip with this one.

It was actually the first song I heard from Faint Peter. I am really thankful for Soundcloud right now. The finger-picked guitar sounds wonderful. There is a hopeful undertone that just gives another dimension to this track. Really special one! 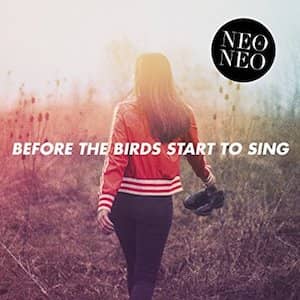 Review: Before The Birds Start To Sing by Neo & Neo 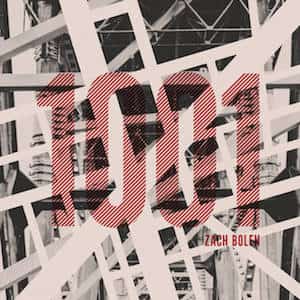