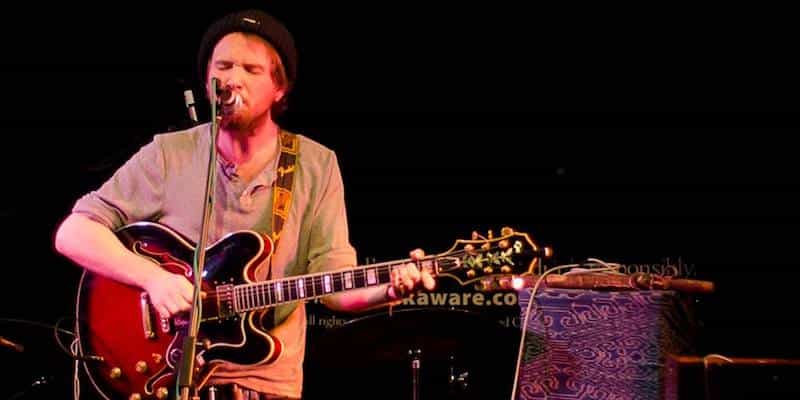 Ren is singer/songwriter Conor Owen’s new musical venture. His music will definitely strike a chord with anyone who has a thing for beautiful alt folk songs. He released earlier this year his first single “My Heart Belongs To Ireland”. Once you hear this song, it is impossible not to play it again and again. He is now about to release his second single “The Coast”, taking inspiration from his travelling experiences. It is, yet again, another mesmerising song that will make you forget everything for 3 minutes and a half. He just has that talent, that ability to create a whole universe in his music. Listening to him feels like a breath of fresh air. I had the chance/privilege to get to interview him ahead of the official release of his second single.

Thanks for taking the time to do this interview. Congrats for your second single (officially released Oct. 7)! How did you get into singing and writing songs in the first place? Has music always been a passion? Is there already a singer/songwriter in your family who inspired you?

I started to write songs when I was about 15. I wasn’t a good singer at the time but didn’t feel comfortable with other people singing my songs so it took me years to be able to get my singing voice together and perform the songs myself. There are no singer/songwriters in my immediate family so I’m breaking new ground for the Owen clan!

Who would you say are your biggest music influences? And do you have an all-time favourite album?

My main musical influence would have to be Bob Dylan. I’m not sure that I have an all time favourite album but ‘The Freewheelin Bob Dylan’ would be up there.

I know someone must have asked you that before, but why the name Ren?

I had quite a few years where I wasn’t very active in original music and I felt that I needed a fresh start. Ren is a Confucian virtue, loosely meaning selflessness and altruism. I’m a bit of a hippy at heart so I felt it quite fitting for my next music venture.

Both your singles “My Heart Belongs To Ireland” and “The Coast” are very beautiful folk songs with an alternative spin on them. Have you always gravitated towards folk music?

I was a bit late to the party with the whole folk thing. I really wanted to be a rock musician but when I started to write my own music it just came out a lot more folky than I expected! Since then I’ve gravitated more towards singer songwriters but I’ve got quite a broad range of music that I like to listen to.

Was “My Heart Belongs To Ireland” an obvious choice as a first single?

It was the only one that I had recorded and ready to release! But I chose to record it first because I felt that it represented the direction of where I wanted my music to go to.

What are the recurring themes in your songwriting? Is there a thematic you keep coming back to when you write a new song?

I think discovery could be a theme for my first two singles. I try not to consciously have a thematic but if a theme keeps on popping up then I just go with it.

Can you tell us a little more about the new single “The Coast” and its upcoming music video? I understand the new song is deeply inspired by your travelling experiences?

Yes, ‘The Coast’ is inspired by some travelling that I’ve done but this song is more about the yearning feeling that I experienced before I decided to go travelling. The coast, for me, represents the chance to discover and change whichever path that you find yourself on.

The video is quite a simple one. Mainly because I had no budget and made it myself! I borrowed a really good camera and filmed some beautiful coastline in the North East of England. I edited it the coastline video together, put it up on a projector screen in my living room and then sang in front of it. It’s a cheap and cheerful music video but I think it represents the song well.

Do you think that travelling around Europe also enriched your music with some new perspectives or influences? Did you discover some new artists while on the road? Or uncover some new side to your music?

I discovered some fantastic musicians on my travels that have and will influence my music. I really got in to Swedish singer songwriters like Sea Lion and Jonas Asker. Jonas Askers song ‘This Day’ is one of my favourite songs ever!

You’re about to release your second single independently. Are both the singles going to be part of an upcoming EP?

Yeh, I’m planning on releasing a 5 track E.P which my fist two singles will be part of.

What is the best advice you’ve ever received in life? And what about as a singer-songwriter?

Wow, that’s a tough question! The best advice that I’ve received that applies to both life and being a singer songwriter has probably been along the lines of ‘Never give up’ a fairly general piece of advice but it’s a hard one to live by.

Last question: what album/song do you have on repeat right now?

‘The Wild Swan’ by Foy Vance.

Congratulations for your fantastic new single. Best of luck with everything!

Want to hear some more of his music? Check out his soundcloud profile.